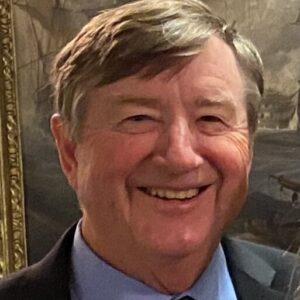 Member at Large, Space Foundation Board of Directors

Frank Lee Culbertson Jr. (Capt, USN, Ret.) is a former American naval officer and aviator, test pilot, aerospace engineer, NASA astronaut and graduate of the US Naval Academy. He served as the Commander of the International Space Station for almost four months in 2001 and was the only U.S. citizen not on Earth when the September 11 attacks occurred. He recently retired as President of the Space Systems Group at Northrop Grumman Innovation Systems. There, Mr. Culbertson was responsible for the execution, business development, and financial performance of the company’s human spaceflight, science, commercial communications, and national security satellite activities, as well as technical services to various government customers. These services include some of Northrop Grumman’s largest and most important programs such as NASA’s Commercial Resupply Services (CRS) initiatives to the International Space Station (ISS) as well as various national security-related programs.

Prior to Flight Training, Culbertson served aboard the USS Fox (DLG-33) in the Gulf of Tonkin, Vietnam.  As a Naval Aviator, Culbertson flew F-4 Phantom aircraft with VF-121, with VF-151 and with the U.S. Air Force in the 426th Tactical Fighter Training Squadron at Luke Air Force Base, Arizona, where he served as Weapons and Tactics Instructor. Culbertson then served as the Catapult and Arresting Gear Officer for USS John F. Kennedy until he was selected to attend the U.S. Naval Test Pilot School, NAS Patuxent River, Maryland. Following graduation with distinction in 1982, he was assigned to the Carrier Systems Branch of the Strike Aircraft Test Directorate where he served as Program Manager for all F-4 testing and as a test pilot for automatic carrier landing system (ACLS) tests and carrier suitability. He was engaged in fleet replacement training in the F-14 Tomcat at VF-101, NAS Oceana, Virginia, when he was selected as an astronaut. He has logged over 9,500 hours flying time in 60 different types of aircraft, and has made 450 carrier landings, including over 350 arrested landings, and numerous tests of the Automated Carrier Landing System.

Frank was selected for and completed astronaut training in 1985. Technical assignments included: member of the team that redesigned and tested the Space Shuttle nosewheel steering, tires, and brakes; member of the launch support team at Kennedy Space Center for Shuttle flights STS-61-A, STS-61-B, STS-61-C, and STS-51-L. He worked at the NASA Headquarters Action Center in Washington, D.C., assisting with the Challenger accident investigations conducted by NASA, the Presidential Commission, and U.S. Congress. He became lead astronaut at the Shuttle Avionics Integration Laboratory (SAIL); lead of the First Emergency Egress Team; and lead spacecraft communicator (CAPCOM) in the Mission Control Center for seven missions (STS-27, STS-29, STS-30, STS-28, STS-34, STS-33, and STS-32). Following his first flight, he served as the Deputy Chief of the Flight Crew Operations Space Station Support Office, as well as the lead astronaut for Space Station Safety. He was also a member of the team evaluating the hardware and procedures for the proposed mission to dock with the Russian Space Station Mir. Following STS-51, Culbertson was Chief of the Astronaut Office Mission Support Branch; then Chief of the Johnson Space Center Russian Projects Office.

Culbertson was named Deputy Program Manager, Phase 1 Shuttle-Mir, in 1994, and became Manager of the Shuttle-Mir Program in 1995. He was responsible for a multi-national team which executed nine Shuttle docking missions to the Russian Space Station Mir, with seven astronauts spending 30 months cumulatively on board the Mir Station, plus all the associated science and docking hardware to ensure the success of the joint program, a precursor to the building of the joint International Space Station. Just prior to his Space Station flight assignment, Culbertson spent one year as Deputy Program Manager for Operations of the International Space Station Program.

A veteran of three space flights, Culbertson has logged over 144 days in space, including:

Culbertson is a member of a number of organizations, including the American Institute of Aeronautics and Astronautics (Fellow), the Association of Naval Aviators, the Aircraft Owners & Pilots Association, the Aviation Boatswains Mates Association, and the Association of Space Explorers. He was elected as a fellow in the The Explorers Club in 2019.  He has received numerous military and NASA awards, including the Legion of Merit, the Distinguished Flying Cross, the Defense Superior Service Medal, the NASA Outstanding Leadership Medal, NASA Space Flight Medals, Navy Commendation Medal, Air Force Commendation Medal, the Armed Forces Expeditionary Medal, the Humanitarian Service Medal, and various other unit and service awards.  He also received the Komarov Certificate and the Gagarin Gold Medal for Space Flight Achievement, 1994, the AAS Flight Achievement Award for STS-51, 1994, Aviation Week & Space Technology 1997 Laurel for Achievement in Space, IEEE/ASME Award for Manager of the Year, 1997, and the Space Center Rotary Club Stellar Award for 1998.  He was also inducted into the U.S. Astronaut Hall of Fame in 2010, the South Carolina Aviation Hall of Fame in 1997 and was designated a Fellow of AIAA in 2013.  He holds Honorary Doctor of Science degrees from the College of Charleston and Lander University in South Carolina.

Culbertson consults for several aerospace companies and is on the Board of Advisors of Bye Aerospace, the Board of Trustees of the AIAA, the Board of Directors of Firefly Black Aerospace, and has been nominated to the NASA ISS International Advisory Board.  He resides in Virginia and remains an active pilot.