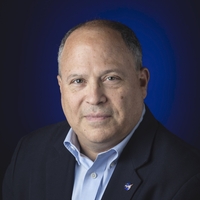 Dr. Anthony Tsougranis has been a member of the professional staff at NASA’s Office of International and Interagency Relations since 2003 working to strengthen collaboration with international partners, supporting missions and programs, negotiating agreements of mutual benefit, advising senior leaders with relevant background and analysis, and organizing fruitful interactions of the Administrator and Deputy Administrator at international conferences, and with their counterparts visiting NASA facilities.

Early in his career in the space community Dr. Tsougranis received the Space Flight Awareness Award for leading successful negotiations for NASA with the Government of France to establish a transoceanic abort landing site for the space shuttle. Dr. Tsougranis has also received NASA’s Exceptional Performance Award for outstanding leadership and diplomatic skills in reaching a breakthrough understanding with the European Commission, paving the way for NASA scientists and researchers to be able to collaborate with European colleagues funded by the European Union. In 2019, he was honored to be a member of the Local Organizing Committee for the 2019 IAC in Washington, D.C. In January 2021, he was honored with NASA’s Exceptional Achievement Medal, “for outstanding dedication and personal commitment to the success of NASA’s leadership in the 2019 IAC”.