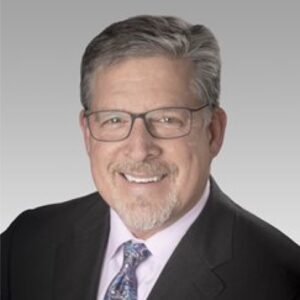 Dr. Dave Kaufman is a Ball Corporation senior vice president and the president of Ball Aerospace. Kaufman has held numerous positions at Ball over the past 20 years. His high-level, mission-focused approach and expertise in the National Security Space arena gives him a broad perspective on aerospace and defense. As president, he leads Ball Aerospace and nurtures the Ball culture through his understanding of
the business, passion for customer mission success, and respect for the incredible talent of the Ball team.

Previously, Kaufman served as chief operating officer of Ball Aerospace. Prior to that, he was vice president and general manager of Ball’s National Defense strategic business unit, where he transformed the business from a subsystem and demonstration hardware provider into a full-service mission systems partner on programs of national importance.

During his 25-plus year career, Kaufman has served in leadership positions for a variety of space system programs including the Orbital Express NEXTSat and the Space Test Program Standard Interface Vehicle. He began his aerospace career as a thermal engineer at Hughes Space & Communications Co. in El Segundo, CA, and has received awards for two patents for his research and development work.

Kaufman is an Associate Fellow of the American Institute of Aeronautics and Astronautics, and actively engages with the broader aerospace and defense community. He received a B.S. in mathematics from Willamette University, a B.S. in mechanical engineering from Stanford University, and a M.S. and Ph.D in mechanical engineering from the California Institute of Technology.