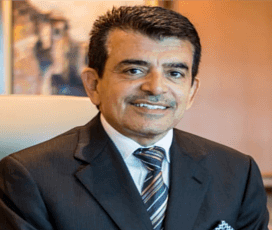 Dr. AlMalik was the Advisor and General Supervisor of International Affairs at the Ministry of Education (MOE), the Advisor on Health Affairs to the Minister of Education in Saudi Arabia, the Secretary General of the Saudi National Commission for Education, Science and Culture, and a consultant on allergy and immunology for the National Guard at King Abdulaziz Medical City.

Prior to that, he held the position of Deputy Executive Director of Medical Services at the Central Region at the National Guard Health Affairs for nine years, during which he developed innovative methods and strategies pertaining to healthcare through resources utilization and cost containment. Moreover, Dr. Almalik is an outstanding expert in building strategic partnerships, working with international organizations, and developing national initiatives in the fields of education, culture and health. He also worked as a part-time assistant professor at Al Faisal University, and was actively involved in numerous charity events for social, humanitarian and voluntary initiatives.

Dr. AlMalik developed educational partnerships; adopted initiatives with international educational parties and institutions in order to open new channels for the Custodian of the Two Holy Mosques’ Overseas Scholarship Program that has placed more than 160,000 Saudi exchange students worldwide and achieved twinning programs with several international universities. Dr. AlMalik led negotiations, which resulted in the concluding of more than 45 scientific and educational agreements between the Saudi Ministry of Education and its counterparts across the world as well as many agreements and contracts between Saudi universities and leading international universities.

Dr. AlMalik is among the pioneering figures of educational reform and development. He was one of the four Saudi professors who developed the first conceptual building blocks and fundamental plan for King Abdullah University for Science and Technology (KAUST). He also worked as a consultant at Aramco, KAUST, and King Saud University, and was actively involved in developing the National System of Innovation at King Abdulaziz City for Science and Technology (KACST), and establishing international advisory boards for several Saudi universities.

Over the past ten years, Dr. AlMalik has supervised the International Exhibition and Conference on Higher Education (IECHE), which scored global success and brought together the heads of some renowned universities, decision makers in the field of higher education, and eminent participants from well-known universities such as Harvard, Cambridge, Tokyo, Sorbonne, MIT, Yale, and Columbia.

Dr. AlMalik also oversaw the annual participation of the Kingdom of Saudi Arabia in international book fairs in 32 countries, and led the Saudi delegation when the Kingdom of Saudi Arabia was the guest of honor at international book fairs in Tokyo, Prague, Sharjah, Casablanca, Seoul, Beijing, Jakarta, and Cairo. Likewise, he supervised the cultural programmes of each fair, and the literary publication exceeded 300 books (authorship, translation, etc.).

In addition, he holds a Master’s degree from the Health Policy and Management Program at Harvard University, Administrative Fellowship Certificate as a physician executive, and a diploma in healthcare management from the American College of Physician Executives. Dr. AlMalik is a board member of the Saudi Red Crescent Society, Al-Aghar Group, and a number of international institutions. He also worked as advisor to the World Health Organization, the American Joint Commission on Accreditation of Healthcare Organizations, and, for short periods, to a number of international healthcare organizations.

Dr. AlMalik wrote several forewords and books including “Scientific Chairs Abroad”, “Teaching Arabic to Non-Arabic Speakers”, “Arabic Calligraphy”, “International Scientific Awards in the Kingdom of Saudi Arabia”, “Glimpses into Higher Education in the Kingdom of Saudi Arabia”, and “Mir’at al-Ayam” which features 365 wisdoms for 365 days. He also moderated a number of workshops and training courses including “Cost Control and Quality Improvement Strategies for Healthcare Executives” which was awarded 12 credit hours by the American Academy for Continuous Medical Education. He also presented at numerous national and international conferences and oversaw the organization of a number of conferences including Noor Global Knowledge Forum, which was held in Al-Madinah Al-Munawarah and attended by 100 Muslim scholars.

Dr. Salim Mohammed AlMalik has numerous social contributions: he is a member in several national associations and committees and was the Head of the Parents Board at Najd Schools for three consecutive years. He was also the head of the field hospital through which the Custodian of the Two Holy Mosques extended assistance to the Iranian people following the earthquake in Bam.

Dr. AlMalik is married and has five children.