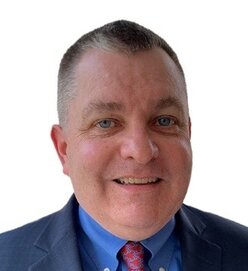 Earlier in his career, Mr. Riordan served 23 years in the U.S. Air Force, where he retired as a Colonel in 2011 as the Chief of Staff for the Space & Global Integrated Intelligence, Surveillance & Reconnaissance (ISR) Division, the Directorate of Programs, and the Deputy Chief of Staff, Strategic Plans and Programs, Headquarters U.S. Air Force, Washington, D.C.

J.R. was commissioned a Second Lieutenant through the Reserve Officer Training Program at Montclair State University and the New Jersey Institute of Technology, where he was a Distinguished Graduate. He also received his MBA from Regis University in Denver, Colorado, as well as a Master’s in National Security Strategy from National Defense University, National War College at Fort McNair, Washington D.C.

J.R. is a volunteer with the Executive Transition Assistance Program at the Family Services Support Center, Headquarters, U.S. Air Force at the Pentagon, and he continues to serve as an advisor to the current President of the National Space Club and Foundation.  He serves on the Board of Directors for both the Space Force Association as well as the National Security Space Association.