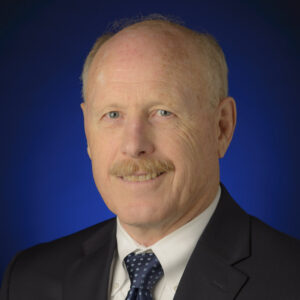 Kenneth Bowersox is the deputy associate administrator for NASA’s Space Operations Mission Directorate. Before being appointed to that position, Bowersox served as the Interim Chair of the NASA Advisory Council from June 2016 to January 2017. He is a retired U.S. Naval Aviator, with over 19 years of experience at the National Aeronautics and Space Administration (NASA). Selected to the astronaut corps in 1987, he has flown five times on NASA’s Space Shuttle, serving as pilot, commander and mission specialist, and once on a Russian Soyuz, where he served as the flight engineer during descent. During his five orbital missions, Bowersox has logged over 211 days in space, including five and a half months aboard the International Space Station (ISS), where he was the mission commander of the 6th expedition. He was also a crew member for the first two Hubble Space Telescope repair flights and two United States Microgravity Laboratory flights.

Subsequent to his mission aboard the ISS, Bowersox served as the director of the Johnson Space Center’s Flight Crew Operations Directorate, retiring from NASA and the U.S. Navy in December, 2006. After retirement, he remained involved with the U.S. space exploration program as a member of the standing review boards for ISS, Space Shuttle, and the Constellation Program. From 2009-2011, Bowersox was the Vice President of Astronaut Safety and Mission Assurance at SpaceX. Currently, Ken works as an independent technical consultant, advising clients on spacecraft design, proposal development, and providing independent assessment of technical programs. He joined the NASA Advisory Council in November 2013, and served as Chair of the Human Exploration and Operations Committee.