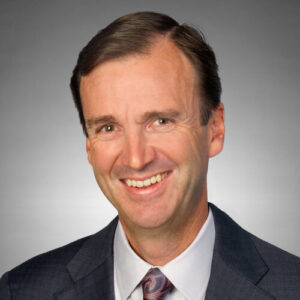 Mark Peller is the vice president of major development at United Launch Alliance (ULA), and in this position is responsible for development of Vulcan. Vulcan is ULA’s future launch system that builds upon the ULA’s extensive Atlas and Delta heritage to provide a competitive product offering to serve a broad spectrum of markets. As the program manager, Peller has overall responsibility for developing the launch vehicle and the supporting capabilities required across the supply chain as well as ULA’s production and launch operations to meet the program’s objectives.

Peller began his career with Rockwell International in 1990 as a propulsion engineer supporting the Space Shuttle program. He joined The Boeing Company in 1996 when it acquired the aerospace and defense businesses of Rockwell. Peller moved to the Delta program in 1997 and held various technical and program management positions throughout the development and initial fielding of the Delta IV launch system.

Peller continued his work on the Delta program at ULA after the company was formed in 2006. In 2009, he was appointed theproduct line chief engineer for Delta, where he had overall technical responsibility for the Delta II and Delta IV launch systems. During this period he oversaw 24 successful Delta launches, including the first launch of the Delta IV Heavy configuration from the West Coast. In 2013 Peller transitioned into the role of the director of the ULA Hardware Value Stream where he was responsible for managing the Evolved Expendable Launch Vehicle (EELV) contracts with the U.S. Air Force, and leading the product teams supporting launch vehicle development, procurement, and production.