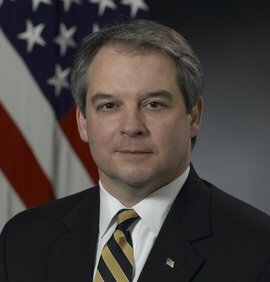 Immediately prior to his service as the General Counsel of the Department of Defense, Mr. Ney was the Chief Deputy Attorney General for the State of Tennessee. In that role he was responsible for supervising and coordinating the substantive legal work of the lawyers in the sixteen divisions of the Tennessee Attorney General’s Office.  Before joining the Attorney General’s Office in 2016, he was a shareholder in the Nashville firm of Patterson Intellectual Property Law, P.C. Mr. Ney received his J.D. and M.B.A. from Vanderbilt University and he is a Registered Patent Attorney.