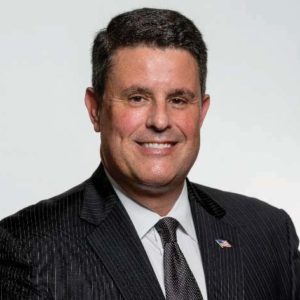 At BAE Systems, he leads a business unit that provides the U.S. Air Force, U.S. Space Force, and combatant commands with innovative solutions to

Pete joined BAE Systems in May 2018, after overseeing business development, management, and strategy for SAIC’s $220 million Air Force Operations unit. Prior to that role, he served as Vice President and Sector Director of the Defense Services Sector at Scitor Corporation.

A Space Operator, Pete served 30 years in the Air Force on active duty and in the reserves. Career highlights include duty in Satellite C2, as USSPACECOM’s Space Control Lead, and an assignment to the Air Force’s Legislative Liaison staff, advocating for space, intelligence, and missile programs to Congress. Mr. Trainer helped lead the Space Exploitation team that stood up the nation’s Blue Force Tracking capabilities in response to the attack on 9/11. His military career culminated at the rank of Colonel, in the role of the Senior Individual Mobilization augmentee to the Director of the National Reconnaissance Office.

Pete’s commitment to serving the military and supporting aerospace technologies extends far beyond the workplace. He currently serves as Chairman of the Board of Advisors for The Citadel’s School of Humanities and Social Sciences. He is also the Executive Secretary of the Board of Directors (EXCOM) of The Space Foundation, the past President (current Director) of the National Space Club Foundation, and the past First Vice President of the Commonwealth of Virginia’s Veteran Services Foundation.

Pete holds a Bachelor of Science from The Citadel, and is a graduate of the U.S. Air Force’s Air War College.