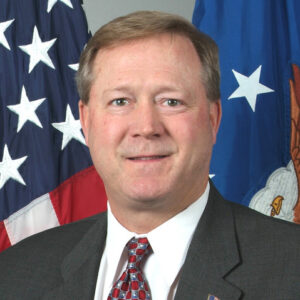 Mr. Walden graduated from Christopher Newport College, Newport News, Virginia, in 1982. He was commissioned in the U.S. Air Force the same year and served as a flight test engineer with Air Force Material Command at Edwards Air Force Base, California, Patuxent River Naval Air Station, Maryland, and Nellis AFB, Nevada. During his tours as a flight test engineer, Mr. Walden participated in the development, ground and flight-testing of numerous aerospace weapon systems. He holds a master non-rated aircrew badge.

Mr. Walden retired from active duty in 2002 with more than 20 years of military experience as an acquisition and technical professional. He was appointed to the Senior Executive Service in 2002, serving on the Air Staff as the Director for Information Dominance Programs, Assistant Secretary of the Air Force (Acquisition) and Director, Air Force Test and Evaluation, prior to his current position.