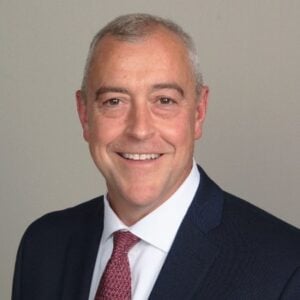 With extensive experience as a leader and attorney, Tom Ayres was appointed by the President and confirmed by the Senate to serve as the 20th General Counsel of the U.S. Air Force. In that role, he was the Chief Legal and Compliance officer for an organization with an annual operating revenue equivalent to a Fortune 20 company. He also led a team to draft and then implement the legislation creating the Space Force, simultaneously becoming the first General Counsel for the U.S. Space Force.

Tom spent much of his professional career on active duty in the Army. In his final position in uniform, Major General Ayres supervised, recruited and trained the Army’s 10,000-member Judge Advocate General’s Corps, supporting 1 million soldiers and 200,000 worldwide civilian employees.

Throughout his career, Tom has been at the forefront of advising strategic leaders to transform organizations to adapt to the age of information technology, big data, and virtual services. With extensive litigation experience early in his career, he also completed multiple combat tours in Afghanistan and Iraq as the principal legal advisor to commanders during combat operations. During his time in the Pentagon, Tom was responsible for compliance and investigations service- wide, and often advised on diverse national security, technology transformation and compliance strategies.

Tom is a distinguished graduate of the United States Military Academy at West Point. He began his military career as an airborne rifle platoon leader in Italy. He earned his Juris Doctor from the University of Pennsylvania, School of Law.