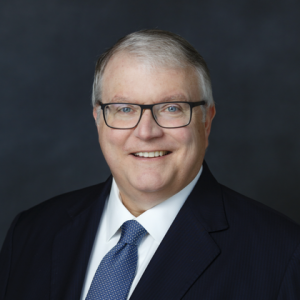 For nearly four decades, Kevin O’Connell has been a recognized expert on space commerce and the global space economy, international intelligence and U.S. national security matters.  During this time, he has identified opportunities to expand U.S. space commercialization, competitiveness, and technology and advance their positions in global markets. His private sector and government work have also focused on how technology innovations impact U.S. and allied national security.

Within the private sector, Mr. O’Connell was the first Director of RAND’s Intelligence Policy Center and a senior research analyst (1995-2004).  He founded Innovative Analytics and Training, LLC in 2007 to focus on consulting for U.S. government agencies and specializing in consulting on geospatial markets, cloud computing, and cyber analysis.  He successfully sold IAT in 2018.

For the last two and a half years, Mr. O’Connell was the Director of the Office of Space Commerce (OSC) within the Department of Commerce.  There he was the principal architect of expanding the government’s outreach to private space companies within the United States and around the world in order to understand the speed and direction of innovation and to encourage market entry.  During his tenure, he highlighted the growing role of the private sector in space, encouraged new space partnerships, ensured the competitiveness of U.S. commercial space industry, and advanced American leadership in space safety and sustainability.  He met routinely with space entrepreneurs, financiers, and insurers to understand emerging space missions and the impediments in bringing them to market.  He was instrumental in expanding international outreach on space commercialization and space commerce issues. He visited Luxembourg as part of a US space delegation in September 2020 for discussions with the Luxembourg Space Agency and the Economy and Finance Ministers.  He participated in the U.S.-Japan Comprehensive Space Dialogue; and high-level discussions with the EU, India, Thailand, Singapore, Indonesia, and Commonwealth partners.

Mr. O’Connell is a recognized expert on the policy, security, and commercial aspects of satellite remote sensing technologies and markets.  He served as the Executive Secretary of the Independent Commission on the National Imagery and Mapping Agency (NIMA) in 2000 and later as an advisor to the Director, National Geospatial-Intelligence Agency.   He was a long-standing member of NOAA’s federal advisory committee, ACCRES, including as Chair between 2012 and 2016.

Mr. O’Connell testified before the Senate Commerce Committee and the House Science Committee on space policy, space commerce and space regulatory issues.   He authored Commercial Observation Satellites: at the Leading Edge of Global Transparency (ASPRS/RAND, 2000).  He taught at Georgetown University’s School of Foreign Service as an adjunct professor for 17 years and lectures at academic and research organizations around the world.