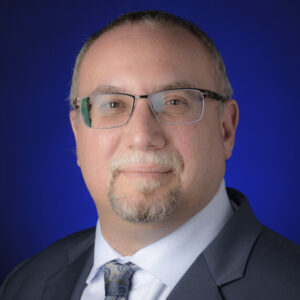 Mike Gold is the Executive Vice President for Civil Space and External Affairs at Redwire Space. In this role, Mr. Gold supports the company’s business development efforts as well as government and media relations.

Prior to joining Redwire Space, Mr. Gold was NASA’s Associate Administrator for Space Policy and Partnerships and also served as Acting Associate Administrator for the Office of International and Interagency Relations and Senior Advisor to the Administrator for International and Legal Affairs. At NASA, Mr. Gold led the development and implementation of the Artemis Accords which establish norms of behavior to ensure a peaceful and prosperous future in space for all of humanity. Mr. Gold also successfully led the negotiations to develop and execute the binding agreements for the lunar Gateway including billions of dollars of international contributions. Finally, Mr. Gold also led the development and implementation for the first lunar resource purchase by NASA and reforming/updating planetary protection policies. Due to this trailblazing policy work, Mr. Gold was awarded NASA’s Outstanding Leadership Medal.

Before joining NASA, Gold was Vice President of Civil Space at Maxar Technologies and General Counsel for the company’s legacy Radiant Solutions Business Unit. Mr. Gold also spent thirteen years at Bigelow Aerospace where he established the company’s Washington office, oversaw the launches of the Genesis 1 and 2 spacecraft, and was a recipient of a NASA Group Achievement award for his role in the development and deployment of the Bigelow Expandable Activity Module (BEAM) onto the International Space Station.

Mr. Gold is currently the Treasurer of the Commercial Spaceflight Federation and has served on its Board of Directors on several occasions. In 2018, Mr. Gold was appointed to the NASA Advisory Council and served as Chair of its Regulatory and Policy Committee. In 2008, Mr. Gold was appointed to the Commercial Space Transportation Advisory Committee and he began serving as Chair starting in 2012, holding this position until joining NASA in 2019.

Mr. Gold holds a Bachelor of Arts Degree from Brandeis University and graduated from the University of Pennsylvania Law School. Mr. Gold is admitted to practice law in the District of Columbia and the State of New York.