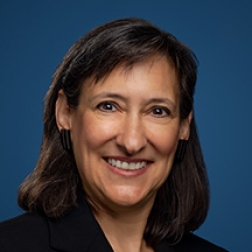 Tanya Pemberton is senior vice president of the National Systems Group at The Aerospace Corporation. Pemberton is responsible for the company’s support to the national security space and intelligence community in the acquisition, launch, and orbital operation of advanced technology space systems and their supporting ground systems. She assumed this Chantilly, Virginia-based position in September 2019.

Prior to joining Aerospace, Pemberton was the chief information officer and director of Information Technology (IT) Services for the National Geospatial-Intelligence Agency (NGA). There, she led and directed NGA’s mission and enterprise IT development and operations, transforming NGA’s technical infrastructure into a modern, cloud-based, data-centric architecture to better serve the geospatial intelligence needs of the nation. As CIO, she also oversaw strategy, policy, implementation, and governance of NGA’s IT investments.

Pemberton has more than 30 years of experience in both industry and the federal government, delivering large-scale technical systems and working problems across multiple business sectors to include space systems, mission ground systems, information technology, and analytic organizations. Over the past decade, Pemberton served in a number of senior executive assignments to include chief of staff, associate deputy director for Science and Technology, and director of the intelligence community’s Open Source Center. Earlier in her government career, she served at the National Reconnaissance Office leading and managing the acquisition and development for a variety of technical initiatives and programs in the Geospatial and Signals Intelligence Directorates. Most notably, she served as program director for a next-generation, multibillion-dollar imaging satellite system, managing acquisition, development, and delivery.

Previously, Pemberton worked as an aerospace engineer at Hughes Space and Communications where she developed and applied her engineering and management skills in the areas of mission analysis, spacecraft design, and program management on both government and commercial projects.

Pemberton received the NGA Distinguished Civilian Service Medal in 2019; the Presidential Rank Award in 2013; the NRO Gold Medal of Distinguished Service in 2009; the NRO Leadership Award in 2003; and the NRO Director’s Circle Award in 1999.