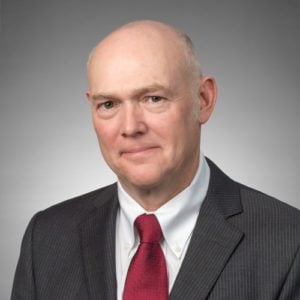 Salvatore T. “Tory” Bruno is the president and chief executive officer for United Launch Alliance (ULA). In this role, Bruno serves as the principal strategic leader of the organization and oversees all business management and operations.

Prior to joining ULA, he served as the vice president and general manager of Lockheed Martin Strategic and Missile Defense Systems. The business is a leading provider of ballistic missile and ballistic missile defense systems, supporting U.S. Department of Defense customers, as well as the U.K. Royal Navy and Ministry of Defence. Programs included the Navy’s Trident II D5 Fleet Ballistic Missile (FBM), the Air Force’s Intercontinental Ballistic Missile (ICBM) Reentry Systems, and the Missile Defense Agency’s Terminal High Area Altitude Defense (THAAD), Targets and Countermeasures and CommonExoatmospheric Kill Vehicle (EKV) Concept Definition. He also managed the corporation’s responsibilities in Atomic Weapons Establishment (AWE) Management Limited, a joint venture that produces and safely maintains the U.K.’s nuclear weapons. He is a former member of the board of directors of Lockheed Martin U.K. Ltd.

Bruno joined Lockheed Martin in 1984. He previously served as vice president and general manager of FBM and ICBM, as vice president of the THAAD Missile, as vice president of Engineering, as chief engineer for Strategic Missile Programs, as program manager for FBM Rocket Propulsion and in engineering positions involving design and analysis for control systems of rockets and hypersonic reentry vehicles. He holds several patents.

Bruno is serving as a member of the National Space Council Users’ Advisory Group chaired by Vice President Pence. In addition, he is an American Institute of Aeronautics and Astronautics (AIAA) Fellow, a companion of the Naval Order of the United States, a member of the Navy League and a former member of the Board of Directors of the Silicon Valley Leadership Group. He served on the National Blue Ribbon Panel for Bettering Engineering & Science Education and as Chairman of the Diversity Council of Lockheed Martin Space Systems.

He is the author of two books that explore the organization of the medieval Knights Templar from the perspective of modern business management: “Templar Organization: The Management of Warrior Monasticism” and “Templar Incorporated.” He is a recipient of the Order of Merit of the Sovereign Military Order of the Temple of Jerusalem.

One on One with Salvatore T. “Tory” Bruno