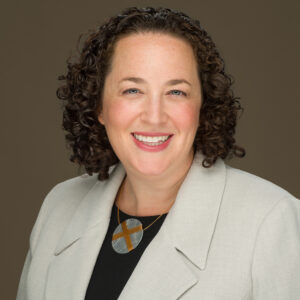 Ms. Schaffer previously served in the Office of the Secretary of Defense for over a decade, most recently as the Acting Deputy Assistant Secretary of Defense for Space Policy.  While serving in the Office of the Secretary of Defense, Ms. Schaffer developed the legislative proposal that established the United States Space Force as the sixth branch of the Armed Forces; led the U.S. team that negotiated the first-ever United Nations space sustainability guidelines; drafted two national security space strategies; and planned and executed several Cabinet-level space tabletop exercises.

Ms. Schaffer also has served in the Bureau of Arms Control, Verification and Compliance at the Department of State, where she established and led the Bureau’s first cyber international security policy team and cross-Bureau cyber security working group.  Ms. Schaffer began her government career as a Presidential Management Fellow with the Department of the Air Force.

Ms. Schaffer holds a B.S. in Aerospace Engineering from the Massachusetts Institute of Technology and a M.A. in International Science and Technology Policy from the George Washington University.  She lives with her family in Washington, D.C.